What Is Insurance Fraud?

Most consumers are familiar with the existence of financial fraud. For example, credit card fraud, Social Security scams and email phishing. However, what might surprise many is the startlingly high incidence of insurance fraud.

Insurance fraud is an illegal act that either the buyer or seller of an insurance contract can be guilty of. An insurance seller can commit fraud by selling policies from non-existent companies, failing to submit premiums, and churning policies to create more commissions. On the other hand, insurance fraud from a buyer can consist of exaggerated claims, falsified medical history, post-dated policies, viatical fraud, faked death, kidnapping, or murder. In fact, applicants, policyholders, third-party claimants or professionals who provide services to claimants may commit fraud at any point in the transaction, and in many different ways.

People who commit insurance fraud include:

Some lines of insurance are more vulnerable to fraud than others. For instance, healthcare, workers compensation, and auto insurance are generally considered to be the sectors most affected. 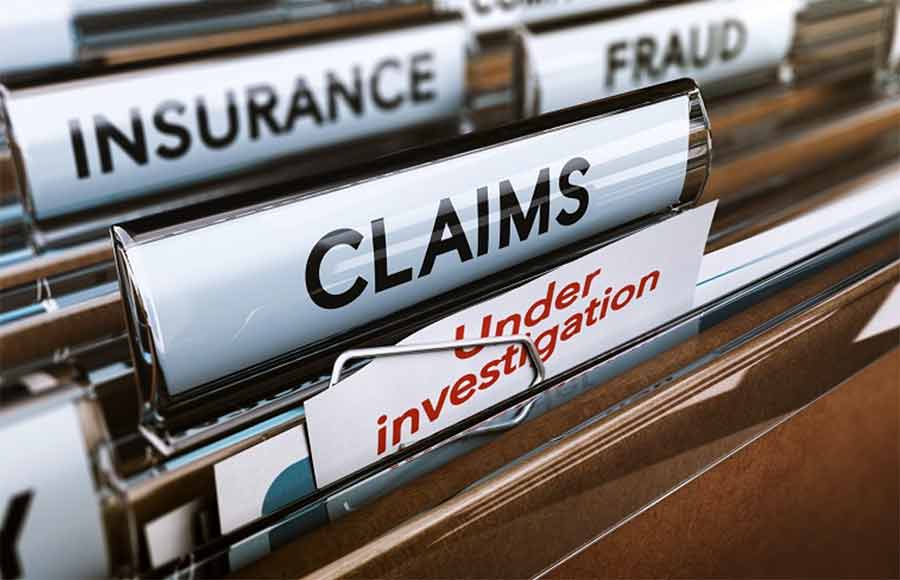 Insurance is meant to protect against risks, it is certainly not meant to serve as a vehicle to enrich the insured. However, although the majority of cases have to do with the policyholder attempting to receive more money by exaggerating a claim, insurance fraud by the policy issuer does occur. Moreover, more sensational insurance fraud cases occur, such as faking a death or committing murder for the insurance money, are comparatively rare. With this in mind, one of the downsides of insurance fraud is that the heightened cost of dealing with such problems is passed along by insurers to their customers in the form of higher premiums.

Sellers Insurance Fraud is Somewhat Common But Not The Most

As we mentioned before, insurance sellers do commit insurance fraud. In fact, According to the Federal Bureau of Investigation (FBI), the following three are the most common fraudulent schemes that occur on the sellers side:

In fact, Buyers Insurance Fraud is Much More Common

The most common way buyers commit insurance fraud is by attempting to illegally reap funds from insurance policies. This happens in a variety of forms and methods. For instance, an attempt at automobile insurance fraud, may include disposing of a vehicle and then claiming it was stolen in order to receive a settlement payment or a replacement vehicle. 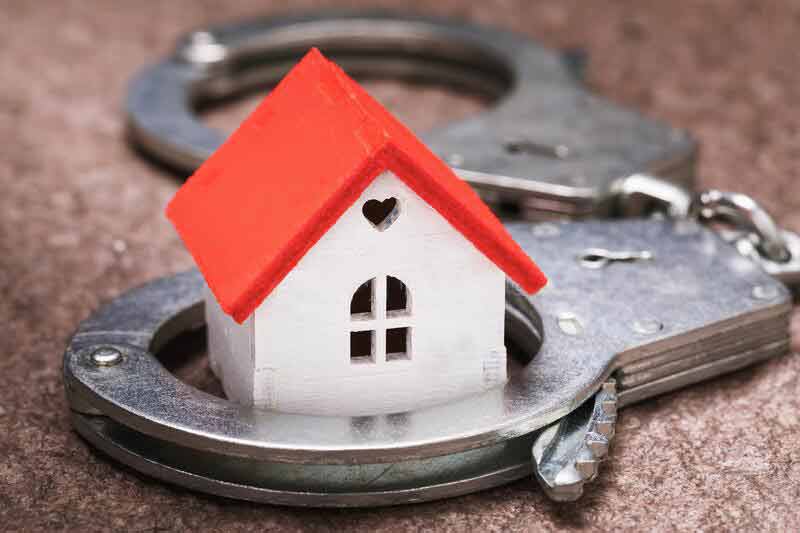 This type of fraud usually takes place when someone knowingly submits an inflated claim on their homeowners or renters policy for more than the actual value of the loss or damage. The points below are the most common types of homeowners insurance fraud.

Home insurance fraud violators can spend up to four years in jail and spend up to $50,000 in fines. There are also many other associated expenses such as court costs and legal fees. In addition, those found guilty of insurance fraud have the stigmas and limitations of being a convicted felon to carry with them for life.

When it comes to auto insurance fraud, it is almost always committed by the policyholders.
Auto insurance fraud can manifest in a number of ways. It can include claims that are entirely fake. For instance, there was no accident at all. In other cases, an accident does occur and the policyholder exaggerates or invents a bodily injury claim. Furthermore, another category of fraud claim is “premium rating errors”. As a result, there is deception in the insurance application, such as registering a vehicle in a different state where lower premiums are available.

Meanwhile, on other occasions, outside parties try to purposefully cause accidents. For example, sudden braking to force a rear-ending scenario, in order to later file a claim with the other party’s insurance provider.

No-fault auto insurance is a system that allows policyholders to recover financial losses from their own insurance company, regardless of who was at fault in a motor vehicle accident. However, in many no-fault states, unscrupulous medical providers, attorneys and others perpetrate fraud by padding costs associated with a legitimate claim. Such as billing an insurer for a unperformed medical procedure, for example. The mentioned above are just some of the many ways people commit auto insurance fraud.

As well as Healthcare Insurance Fraud

Healthcare insurance fraud takes place at many points in the healthcare system. Doctors, hospitals, nursing homes, diagnostic facilities, medical equipment suppliers and attorneys have been cited in schemes to defraud the system. The most prevalent types of healthcare fraud are billing for services not rendered, as well as submitting bills using a code that yields a higher payment than for the service or item that was actually rendered. Filing duplicate claims and billing in a fragmented fashion for tests or procedures that should be billed together at reduced cost are another form of common insurance fraud. Moreover, performing excessive or unnecessary services as well as offering kickbacks, also qualify as fraud. Another common type of fraud is the abuse and resale of legal narcotic and other prescription drugs.

Equally Important, is to Know About Workers Compensation Insurance Fraud

Employers who misrepresent their payroll or the type of work carried out by their workers to pay lower premiums are committing workers compensation fraud. Some employers also apply for coverage under different names to foil attempts to recover monies owed on previous policies or to avoid detection of their poor claim record. 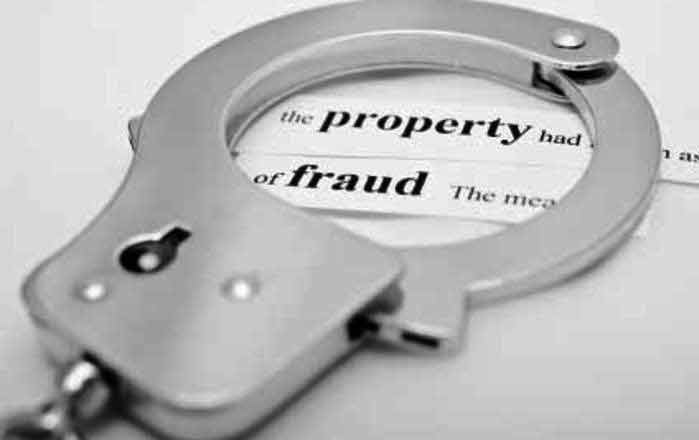 After catastrophes, some individuals or groups see an opportunity to file claims that are either exaggerated or completely false. In fact, some even intentionally damage property after a disaster to receive a higher payout. However, insurance experts can accurately verify weather conditions for an exact location and time and thus are able to validate claims. They can also determine whether more than one type of weather element is responsible for damage. Since they use certifiable weather records, their findings are admissible in court. Another example of opportunistic fraud following natural catastrophes is contractor fraud.

How Insurers and Governments are Responding to Fraud

Insurance companies have become extremely adept at detecting fraud and creating systems to mitigate the issue. In fact, new efforts to make fraud detection smarter are in the works, including the use of artificial intelligence to recognize fraudulent attempts. The government is also doing its part in minimizing insurance fraud.

Almost every state in the country has laws that criminalize insurance fraud. Typically, these states classify insurance fraud as a felony that can result in hefty fines and even years of jail time. Most of those states also have a government agency devoted to rooting out fraud.

The legal routes of an insurance company that suspects fraud are limited. An insurer can inform law enforcement agencies of suspicious claims, withhold payment, and collect evidence for use in a court. The success of the battle against insurance fraud therefore depends on two elements:

Furthermore, insurers may file civil lawsuits under the federal Racketeer Influenced and Corrupt Organizations Act (RICO). This requires that insurers provide a majority of evidence, rather than the stricter rules of evidence required for criminal prosecution. It also allows for triple damages.

When Fraud affects interstate commerce, the Violent Crime Control and Law Enforcement Act considers it a federal crime. Likewise, embezzlement or misappropriation of any company funds by insurance company employees and agents is punishable by federal law. 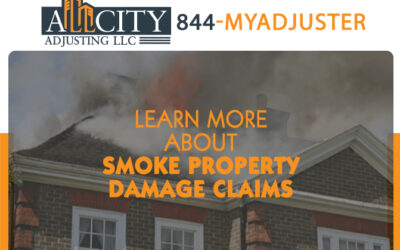 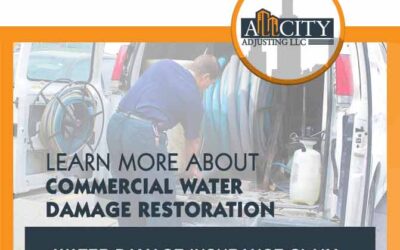 Commercial Water Damage Restoration Commercial water damage is one of the most common types of commercial insurance claims. Moreover, you can never predict how water damage is going to strike your business. For example, it can happen because of a burst pipe, a flood,...

Water Damage Cleanup Tips and Tricks Water damage can wreak havoc on homes and businesses, requiring everything from new drywall and furnishings to completely new structures. Suppose your home or commercial property has suffered water damage. In that case, you will...

Residential Water Damage Restoration Water intrusion can be incredibly destructive to your residential property. Over time, excess moisture can cause serious issues within an indoor environment. So without proper water extraction, decontamination and drying, numerous... 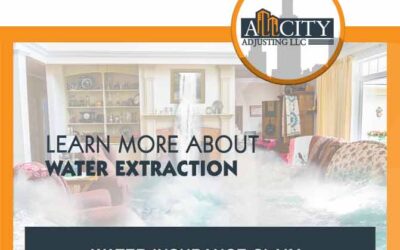 Water Extraction Process: What Is It?