Imagine going out of town for the weekend and returning to a flooded home. It’s a fear that many homeowners have when they leave their homes unattended. A fear that came true for our friend Roman. When Roman returned home from a weekend away, he was greeted by 6″ of water in his entryway. Standing in the water, feet soaked, Roman had to act quickly to get this under control. He immediately made two very important phone calls. First, was to his insurance company. The second one was to AllCity. Thankfully, Roman’s friend, a former client of ours, gave him the idea to call us. Undoubtedly, some of the best advice he has ever gotten. Read his story to find out why we say, “Don’t Settle, Get More!”

Are You Really in Good Hands?

On October 24th Roman called us and explained what happened.  Later that day, we met him at his home in Orland Park, IL and began the inspection. It became clear that the water had originated from a faulty hose under the sink. Undoubtedly, the damage to his home was beyond extensive. Sadly, the oak wood floors, sub flooring, dry wall, carpeting, ceiling, electrical and door frames between the main level and the basement were destroyed. After our 2 hour inspection we concluded that the Replacement Cost Value would be $76,186.40. Without a doubt, there were a lot of repairs that needed to be done to return Roman’s home to pre-loss condition.

A week later the insurance company sent out their adjuster to inspect the damages. He was 10 minutes late and performed his inspection in 17 minutes. He took minimal photographs and asked only a few questions about the damage. We walked along side him during the inspection and documented his every move. To no surprise, we learned that he had only been in the insurance business for 3 weeks. He agreed with our scope of damages multiple times and then he left. We received his estimate later that day and his Replacement Cost Value was $29,585.56. This was unacceptably low.

Unfortunately, it was obvious that the insurance company and the adjuster had no intentions of fully indemnifying Roman for his loss. Nor did they intend to handle his claim fairly and in good faith. We knew we had a fight ahead of us. A fight that we were fully prepared to win! Over the next few weeks, we filed multiple complaints to the Department of Insurance and finally got the insurance company to agree to a re-inspection. 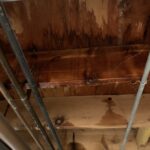 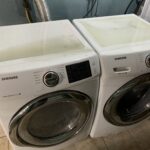 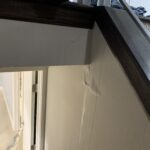 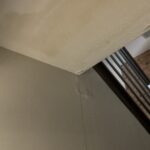 You Don’t Have to Settle

Nearly an entire month later, the newly assigned adjuster finally came out for re-inspection. Thankfully, they sent a senior adjuster with 20 years of experience. To say this adjuster was thorough is an understatement! He took a ton of photos and asked a lot of questions about the damage. We walked the entire inspection with him and he referenced our scope numerous times and agreed with a lot of the line items we included. His inspection took a total of 2 hours. We received his estimate 3 days later and his Replacement Cost Value came back at $59,621.32. Over $30,000 MORE than the original settlement offer. In addition to this higher estimate amount, we were able to get the insurance company to provide Roman with $10,000 in ALE coverage.

ALE stands for Additional Living Expense. This coverage is provided when your home is unlivable and you need somewhere to stay while it’s being repaired. Due to Roman’s home being uninhabitable, he had to stay in a rental. To no surprise, his insurance company never even mentioned the option of ALE to him! Seven weeks, multiple complaints to the Department of Insurance (against the insurance company and it’s representatives), and years of combined experience helped us increase Roman’s settlement by $40,985.76. You do NOT have to settle! You CAN get more!

Sadly, it is not uncommon for the insurance companies to send out inexperienced adjusters to perform the initial inspections. Their reason behind this tactic is to intentionally get a lower estimate. The less experience the adjuster has, the less knowledge of construction and restoration they have. As a result, the initial estimates are often absurdly undervalued. The average homeowner would not catch this issue without the expertise of a PA. In short, hiring  a public adjuster will help you during an insurance claim. But, hiring an AllCity Public Adjuster will guarantee that you receive the maximum settlement for your loss. Don’t do this alone. Call AllCity Adjusting, where “Don’t Settle, Get More” is more than just a motto, it’s a promise.