Why Hire A Public Adjuster?

On August 10, 2020 a severe derecho swept across the midwest causing major damage to many homes and businesses. Undoubtedly, Iowa and Illinois saw the worst of it. Multiple tornado touchdowns were reported as well as recorded winds of up to 126 miles per hour. These tornados and high winds tore through these states leaving trails of destruction in their dust. Sadly, many homeowners suffered major damage to their homes. One case in particular was a single mother and Chicago Public School teacher named Mary. Why hire a public adjuster? Let’s read her story to find out.

Who Can You Trust?

As the derecho tore through the midwest, it destroyed much of what was in it’s path. The 78 foot tall White Oak tree in Mary’s front yard was no exception. The near 80 mile an hour winds snapped that huge tree like a twig and dropped it right on top of Mary’s 1922 all brick bungalow. Her front porch and roof suffered severe damage from the massive tree. Additionally, the high winds ripped many shingles off of her roof. 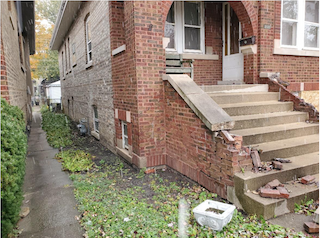 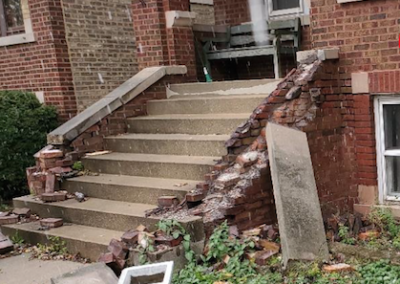 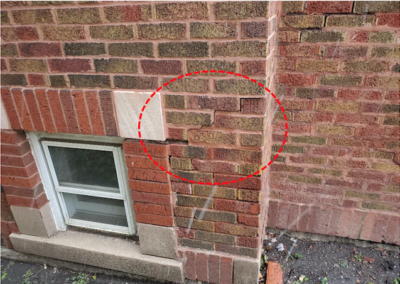 As you can see from the photos, the weight of the tree heavily damaged her front porch. In addition, it shifted the whole front end of the home causing major structural damage. Thankfully, no one was injured during the storm. However, Mary knew the financial hurt was yet to come.

After the storm settled Mary contacted her insurance provider and began the road to recovery, or so she thought. Her carrier didn’t send an adjuster out to her home for nearly two weeks after the storm. Upon arrival, the adjuster announced himself and did a quick exterior scope of the porch. He was there for a total of 30 minutes and never went inside the home to see if there was possibly any interior damage to the walls or foundation. Two days later the estimate came in with a Replacement Cost Value of $5,725.27. In the report, the adjuster stated that a lot of the damage was preexisting and would not be covered. Mary thought that seemed low, but she trusted her insurance company. After a few weeks and multiple contractor’s estimates coming in at well above her settlement amount, Mary knew she needed help. On September 25, 2020 Mary called AllCity Adjusting.

After speaking with Mary, we immediately set an appointment to inspect her property. During our inspection we quickly realized that she was being severely lowballed by her insurance provider. That day we produced an estimate stating Replacement Cost Value was $47,749.49. We went straight to work gathering as much evidence and documentation that we could to combat the insurance company’s settlement offer. We called a structural engineer to assess the damage. His report came back stating that there was major structural damage. Additionally, his report stated that the damage was in fact directly related to the tree falling on her porch and NONE of the damage was preexisting. Next, we called a local masonry repair company to do an estimate on the brick and stone repair for the porch and front end of the house. His estimate alone came back at $12,260. Right then, we knew we had enough evidence and documentation to demand a reinspection.

After weeks of back and forth emails, phone calls and multiple formal demands we were able to schedule a reinspection. This time the insurance company sent out a more experienced adjuster. Thankfully, he was significantly more thorough and detailed than the previous representative. Our senior public adjuster at AllCity was also present for the entire inspection. Additionally, we provided the insurance adjuster with a copy of our detailed scope of damage for reference. Later that same day, we received an email from the adjuster with a revised estimate. This time the Replacement Cost Value was $47,135.19. Remember, their initial estimate amount was $5,725.27. A couple months of paper work, endless emails and countless hours spent on hold allowed us to increase Mary’s settlement by $41,409.92. Why hire a public adjuster? You can trust that they will get you the maximum settlement for your loss.

When You Hire A Public Adjuster, You’re Hiring an Advocate

AllCity Adjusting advocates for YOU! We are on your side. In your corner. Don’t ever settle just because your insurance company says you have to.